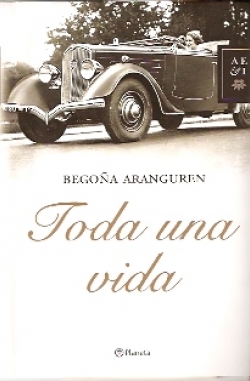 Year: 2008
Editorial: Editorial Planeta
Language: Español, Catalán
Synopsis: Inés , daughter of one of Alfonso XIII ministers, faces up to her unhappy marriage and ends it without weighing the consequences that in high society, used to double moral standards, such a decision could entail in the convulsive times in which the monarchy is reaching its end. In spite of the fact that at first she must endure the scorn of those around her, she is able to rebuild her life after coming into contact with the intellectual scene of her times at the home of Carlos Morla Lynch, chargé d’affaires of the Chilean embassy in Madrid. Her life begins to change and she falls in love with Alfonso, an aristocrat who lives in Paris and who on the days previous to outbreak of the civil war, settles in Madrid.

A novel of emotions, that challenges any kind of hypocrisy and most especially the hidden sort, from those who find themselves under scrutiny from society.