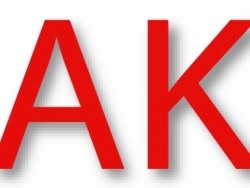 1. “Dr. Roberto Canessa and author (and fellow Uruguayan) Pablo Vierci's THE DOCTOR FROM THE MOUNTAIN, whose teachings in neonatal heart medicine stem from his "impossible" survival, as a pre-med student and rugby player, in the devastating 1972 Andes plane crash, to Atria, on exclusive submission, by Thomas Colchie at The Colchie Agency (world English and North American Spanish).”

Rights in Spanish (except for USA), France, Holand, Germany, Portugal and Brazil are available through Antonia Kerrigan Literary Agency on behalf The Colchie Agency.

2. "Novelist and career diplomat Edgard Telles Ribeiro's Brazilian PEN Prize winner (2011), HIS OWN MAN, a Machiavellian tale of a charismatic young diplomat in Brazil's Foreign Ministry who renounces his past ideals and becomes an informer after the military coup of 1964, navigating the shadow world of international deception and surveillance in a chilling depiction of political ambition, power, and betrayal, to Judith Gurewich at Other Press (US English rights) by Thomas Colchie of the Colchie Agency on behalf of Henry Rosenbloom at Scribe Publishing in London and Melbourne, with world English (Melbourne, April 2014; London, June 2014; and New York, Sept 2014) and Spanish publication set for next year's 50th anniversary of the 1964 coup in Brazil. World Spanish rights to Pilar Reyes at Alfaguara by the Antonia Kerrigan agency in Barcelona on behalf of the Colchie Agency."

Rights in France, Holand, Germany, Portugal and Brazil are available through Antonia Kerrigan Literary Agency on behalf The Colchie Agency.