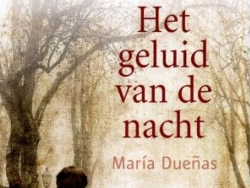 0
"The Seamstress", by María Dueñas, reaches its twelfth edition in The Netherlands

The Seamstress continues to conquer Europe. We've just received copies of the twelfth edition in The Netherlands. With the title Het geluid van de nacht, the publishing house Wereldbibliotheek has sold more than 60.000 copies of the book since it came out in April 2012. The Seamstress, with more than a million readers in Spain, has been turned into a successful TV series and awarded prizes such as the Ciudad de Cartagena to the best historical novel or the Premio de Cultura 2011, and is definitely an international literary phenomenon.