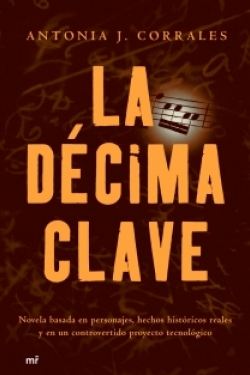 Year: 2008
Editorial: Ediciones Martínez Roca
Language: Español, Catalán
Synopsis: A group of twelve forensic examiners are needed to diagnose and contain a mysterious illness that threatens a group of religious residents at a convent in northern Spain. Two members of the investigating group are murdered; their bodies found with clear signs of torture and surrounded with messages: mathematic and religious symbols. Thirty years later, the forensic doctor Enrique Fonseca, will be involved in a strange investigation that will lead him to the truth regarding his father's death.... Were you aware that all human beings emit wavelengths that are basic for life? What would the consequences be if these wavelengths were to vary? Did you know that there is an American project by the name of HAARP which uses the frequency of these so called wavelengths? Are you ready for your mind's manipulation? In this novel, the historical facts and characters are real; as well as the technological project behind the plot.