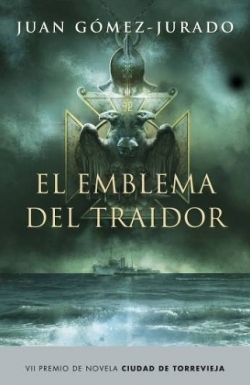 The Straits of Gibraltar, 1940. At the epicentre of a storm, Captain González rescues a group of German castaways. When the storm subsidies, the leader gives him in gratitude a solid gold emblem. In their brief exchange there are two words the captain will not forget: betrayal and salvation. The emblem will be the centre of Paul’s adventures. Paul is a young orphan who lives with his mother and uncles, the Von Schroeder baron. A strange revelation regarding the death of his father will unleash a dangerous investigation in Munich. Not even his love for Alys, an intrepid Jewish photographer, will put an end to his determination to find out what really happened to his father. But what Paul ignores is that his inquiries will bring about unpredictable consequences and will forever change the destiny of those who surround him. Freemasonry, Nazism, love and betrayal blend in a thriller full of surprises in the quest for truth and the steep price paid to attain it.