Butterfly in the wind 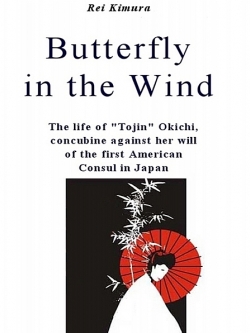 Year: 2007
Editorial: Espasa-Calpe
Language: Español, Catalán
Synopsis: Combining a gripping love story with a revealing look into 19th-century Japan, this biographical novel chronicles the bittersweet story of Tsurumatsu and Okichi Saito-a young Japanese couple torn apart by the whims of international politics. When the first American consul, Townsend Harris, arrived in Japan, he took a liking to Okichi, who, despite already being married, was promised by her local governor to Harris, and remained his concubine for five years. Her marriage with Tsurumatsu was destroyed and she was never fully reaccepted into Japanese culture after having been a foreigner's mistress. Recounting the depths of suffering that befell Saito after Harris returned to America, this work reveals a tumultuous era in Japanese history through a young woman's moving story.