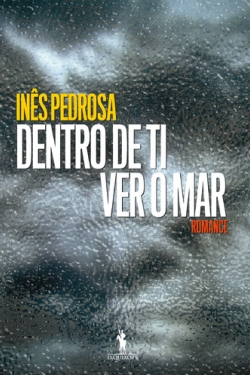 Literary Category: contemporary fiction
Published at: Portugal (Dom Quixote), Brazil (Alfaguara)
Synopsis: Prizewinning Portuguese novelist Inês Pedrosa's splendid new novel is charged with drama, poetry, and humor. Rosa Cabral, its vibrant protagonist, is a striking young fado singer and composer. The daughter of a television show host and an unknown father whom she is attempting to find, Rosa is also passionately involved with Gabriel, a bookseller who uses books as a barrier against the storm of life.  Rosa’s restlessness finds echoes in the fate of her friend Farimah, an Iranian engineer who accepts a marriage of convenience with an HIV-positive Portuguese man in order to avoid the forced marriage her father is attempting to impose on her.  Mandela, a Portuguese African, and Luisa, the illegitimate daughter of an aristocrat, are other key characters in this vivid tale of uprooted people who find themselves in a world where frontiers seldom turn out to be as fluid as they seem.

These lives are soon drawn into the larger dramas of the early 21st century -- the ongoing consequences of earlier catastrophes such as AIDS, the 9/11 attack on the Twin Towers in New York, and the growth of Islamic fundamentalism -- all of which have drastically altered the choices, the dreams, and the very fabric of their lives.