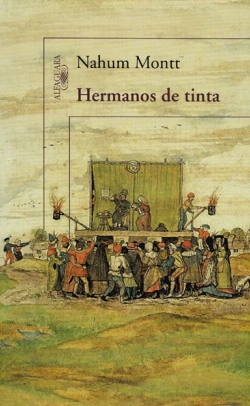 Year: 2015
Editorial: Alfaguara
Literary Category: historical fiction
Language: Español, Catalán
ISBN: 9789588883304
Published at: Colombia
Synopsis: It is the year 1605, and Spain is preparing itself to ratify the peace treaty with England after twenty years of war. More than five hundred British subjects arrive in Valladolid on the occasion of the celebrations. With this historical event as a background, Nahum Montt retells the encounter of two ink brothers: Miguel de Cervantes and William Shakespeare. A novel in which fiction and fact weave a rich web of intrigues, adventures and disagreements between two characters, that immerse the reader in a turbulent atmosphere skillfully recreated.