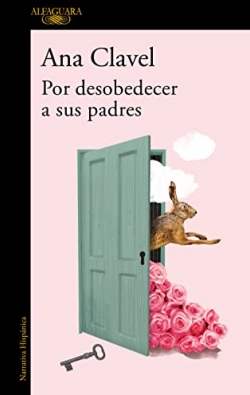 Darío Galicia was a poet close to the Infrarealists with an extravagant personality and a wit that quite a few compared to that of Oscar Wilde. According to a rumor provoked in part by a poem by Roberto Bolaño, Darío Galicia San Epifanio was subjected by his parents to a lobotomy to "cure" him of homosexuality and, while at it, of his poetry.

Dragged by that myth, and because Darío was an admirer of Lewis Carroll and went as far as signing Darío G. Alicia, Ana Laurel follows his trail like a March hare, jumping on the other side of the mirror in both a narrative and labyrinthine game. She chases him through the Mexican literary world of the past decades, in the recollections of those who knew him, in the poetry of Darío himself, in The Wild Detectives, in photographs, medical records and newspaper articles that bear witness to his disastrous trail before disappearing—and reappearing—as in an act of illusionism in the top hat of a sinister magician.