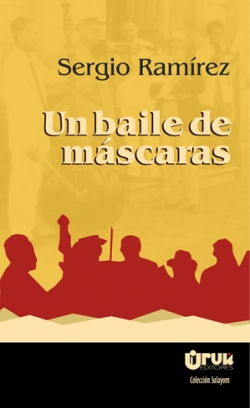 Year: 1995
Editorial: Alfaguara (1995) / Uruk Editores (2012, edición conmemorativa)
Language: Español, Catalán
Synopsis: A child will be born on the 5th of August 1942 in Masatepe, a village like any other in Latin America, and all the events imaginable seem to conspire to come together unabated around that one event, as happens in a circus’s multiple rings. Hidden behind the celebration of a provincial masked ball, the arrival of this child to the world is almost a matter of chance in the middle a hubbub of events that confer it a special significance. With overflowing humor, an extraordinary skill in the weaving of such varied plots and a malicious touch in front of what is none other than his own birth, in A Masked Ball Sergio Ramirez pays homage to an epoch, a place and a people who from being so specific become universal, and thanks to that manages to become an outstanding literary piece on the American narrative scene.