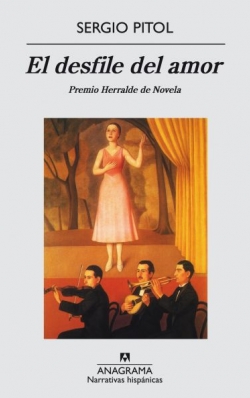 Year: 1984
Editorial: Anagrama
Language: Español, Catalán
Published at: Wagenbach Verlag (Germany), ARS Studio (Macedonia), Gran Via (Italy)
Synopsis: Mexico, 1942: this country has just declared war on Germany, and its capital has recently been invaded by the most unusual and colorful fauna: German communists, Spanish republicans, Trotsky and his disciples, Mimí, ladies hatter, Balkan kings, the most varied secret service agents and wealthy Jewish financiers. Much later, after the accidental finding of some documents, a historian interested in such a passionate context, tries to shed light on a perplexing murder that took place at the time, when he was only ten years old, and the narration—that travels across the eccentric poles of Mexican society, the milieu of high politics, the settled intelligentsia, as well as its most extravagant ramifications—allows Sergio Pitol not only to paint a rich and variegated gallery of characters, but also to reflect on the impossibility of reaching the truth. Like in a Tirso de Molina comedy, no one knows for sure who is who, with mix-ups continually taking place, creating as a result this delightful parade, which not in vain carries the name of one Lubitsch's comedies. “Love Parade” received in its second competition, in 1984, the Premio Heralde de Novela.