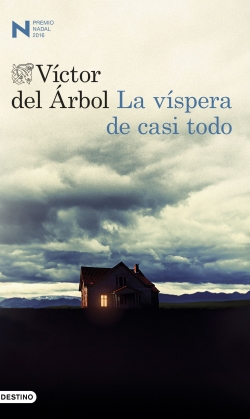 Year: 2016
Editorial: Destino
Literary Category: police, black and suspense
Language: Español, Catalán
ISBN: 9788423350650
Format: Hardcover
Pages: 411
Published at: Actes Sud (France)
Synopsis: Germinal Ibarra is a disenchanted policeman hounded by rumors and his own conscience. Three years back he decides to drag his melancholy to a police station in La Coruña, and requests to be transferred after the much talked-about case of the murder of little Amanda was solved, turning him into a hero he never asked to be or felt like. But the refuge and anonymity that Germinal thought he’d acquired was truncated when one night a woman who has just been admitted to a hospital’s emergency ward with contusions that reveal great violence, calls for him.

A mysterious woman by the name of Paola who tries to run away from her own ghosts has resurfaced on the farthest, out-of-the-way spot in the Galician coast, after a three months’ disappearance. She’s taken up loggings at Dolores’ house, the latter a sensitive and tortured soul, who takes her in without asking too many questions and introduces her to the circle that relieves her solitude.

When these two separate stories meet, it is like to two ships on a collision course on the high seas, inevitably advancing towards one another with no possible escape route.

A wonderful novel about the past that always returns.

A character that struggles to start all over again and continually moves forward.