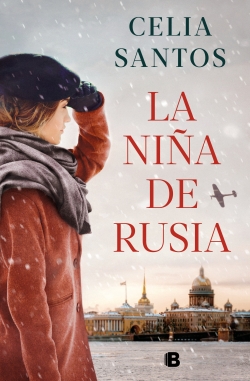 1937. Whilst the planes swooped down on Guernica, Teresa Alonso watched the bombs fall from a nearby hill and, at the tender age of twelve, realized that the life she had known was in the process of being burried under the rubble. It was then that her mother decided that she should go to the USSR, where the children of Spanish militiamen took refuge during the Civil War.

This novel tells the story of Teresa's youth, of the characters she met -the most important of the European left- and of her thirst for passion and freedom, something which is as close to her heart as ever. But it is also the story of the war that darkened the continent and of a love that, when everything fell to pieces, was able to sustain her universe.

Celia Santos takes us to a Russia that is all but extinct, through the current memories of Teresa Alonso. Thus, this exciting, exquisitely documented book also becomes a tribute to the last generation that has lived through the era that marked, like none other, the history of humanity.