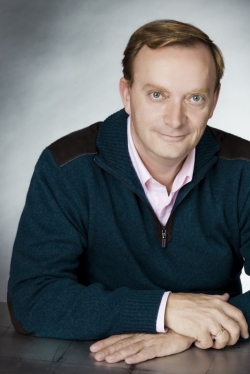 Gonzalo Giner gained literary success with “The Healer of Horses”, which received positive criticism and readership, making him a renowned author and his work a reference within popular literature. A professional veterinary, it is with this title that he wanted to investigate the origins of his profession. With his following novel, “The Jokey of Silence” Gonzalo revealed the background to the breeding of the Spanish race of horses during the sixteenth century. In "Oath of Allegiance" (2014), the author took a leap in his literary production: a meticulously documented novel that narrated, for the first time, the role dogs played in two of bloodiest wars of the past century: the Spanish Civil War and the Second World War. In 2017, he published "Heaven's Windows", a wonderful historical novel about the creation of Gothic stained-glass windows.