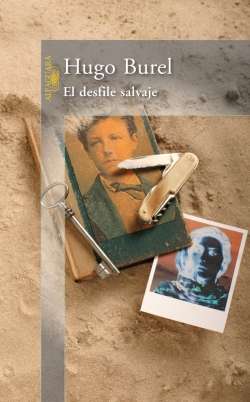 Year: 2007
Editorial: Alfaguara
Language: Español, Catalán
Synopsis: Five friends from adolescence bid farewell to the group’s leader who has just passed away. The past, which also brings them together, unfolds in a ceremony that more than a send-off is a riddle. Esteban, the deceased, an irresistible seducer, ambitious with no scruples and a winner in almost all walks of life, makes sure they don’t forget. And although his friends are unsuspecting, they’ve fallen into a no-return trap where the past becomes present at each instance.

Just as in “Midnight Runner” (Alfaguara, 2005), Hugo Burel tells a story in the best Black Novel fashion, an unsettling psychological thriller that takes one’s breath away, where desire imposes itself with strength, intense and human, not resigning itself to a single existence. If, in the end, fate or chance do nothing but tempt us with the illusion of another, more fulfilling life, “The Wild Parade” recreates that existential possibility to surprising lengths.