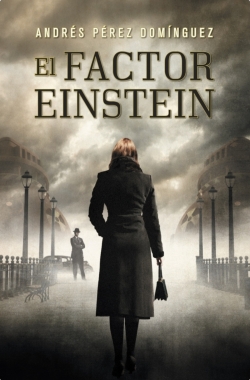 Year: 2008
Editorial: Ediciones Martínez Roca
Language: Español, Catalán
Synopsis: New York, 1939. The most prominent scientists in the world, led by Albert Einstein, are intent on building the first atomic bomb in history and give a definite twist to the Great War that was upon them. The young and calculating German spy, Frida Klein, is sent by the Nazi Secret Services to the United States with the mission to infiltrate the scientific community and thus get a lead over Einstein on his plans. But her missions, she´ll discover that Albert Einstein is a bit more than what she had imagined.