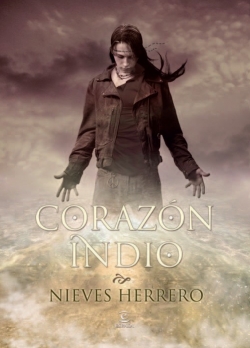 Lucas is an attractive young man who, after a heart transplant, begins to have extraordinary sensations and stunning memories that do not belong to his past life. Emerald green grasslands, horses, an eagle and the elongated eyes of an enigmatic woman.

While the days pass by, in the City of the Sun different characters that come from far away start appearing. These characters will help Lucas discover that his body is trapped by Kendal´s soul, the Indian boy, owner of Lucas new heart and memories that appear in his mind. Lucas has now become the last hope of the Crow People (who live thousands of kilometers away from here, in Montana, USA). He would have to finish the mysterious mission which made Kendal, the young Indian, come to the south of Europe. But this mission could endanger his own life, as it wakes up hatreds that were asleep. In a unique background/landscape, almost paradisiacal, where this novel takes place, the young Lucas falls in love for the first time. What he does not know is that his new heart will make him be caught in a dilemma: fight for the nurse he is in love with or surrender to the memory of the enigmatic woman that appears in his mind.

In the Saltes Island, a city buried for centuries underground, Lucas will seek something which the young Indian was sure he would find. A sign the Crow People are waiting for thousands of kilometers away. Meanwhile, Lucas starts learning how to heal with the healing stones and how to attract the rain and storms. Little by little, Lucas develops his different powers, a sign that for Old Joseph, the “medicine man” who is helping Lucas, confirms that he is the “chosen one”. With this novel the author makes a song to life in the nature and to personal achievement. Nothing is impossible if you fight for it. That is Lucas` philosophy that he transmits to his friends. A new hero has been born, a hero who seeks justice and pursues personal achievement and the knowledge of the teachings of the Indian people who see in him the last chance before disappearing into the mists of time.