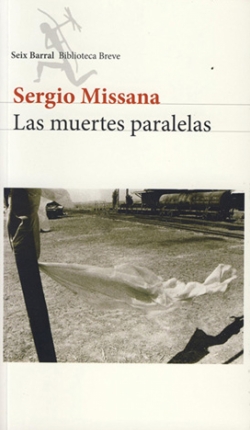 Year: 2011
Editorial: Seix Barral
Language: Español, Catalán
Synopsis: All novels are by definition a crisscross of lives, the space generated when past and future times shine on the present page. However, in this book the texture thickens because destinies and remembrances, the past and the pleasures, but above all the life of all the bodies involved converge in one only.

Tomás Ugarte is an advertising executive who after turning forty accepts the failure of his marriage, the malaise of his working routine and the irreversible physical deterioration. He decides to take a sabbatical, move to a bohemian neighbourhood, and perhaps travel. He wants to change his life. But the change that occurs is deeper than what he planned, wished for or feared.

Before meeting the other characters, Ugarte is the characters, he lives them. This story develops in a very disturbing frontier that is also full of compassion, between the suspension of one ego, and the other’s ego. The guest that no longer becomes a guest and takes over –thanks to the constant and powerful prose- like a reality defined precisely in the tension between fully accepting ‘the other’ and the attempt not to abandon oneself.