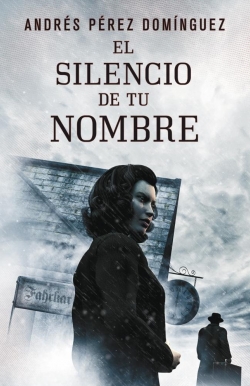 Language: Español, Catalán
Synopsis: No man can deceive himself when he is alone and pronounces the name of his beloved.

January, 1950. When Erika Walter, widow to a secret German agent, flees toMadridwith an important file of documents that compromise high-ranking Nazi officials in exile, her lover, Martín Navarro, a former member of the PCE (Spanish Communist Party), is forced to abandonParisin her pursuit. Although he knows that jails await him inSpainif he is captured by the Francoist police or death by treason if his Party comrades discover him, Martín risks everything, including his political convictions, in order to rejoin Erika. With the police, the Nazis, the Communists and the CIA hot on his heels, both lovers will be caught up in a spy ring and hidden interests more complex and dangerous than they could have ever imagined.

Plagued by disenchanted spies, convinced idealists and heroes in spite of themselves, The Silence of Your Name” brings together history, adventure, intrigue and romance. A novel that skillfully reflects how in aEuropedevastated by intolerance and political fanaticism, there is still room for love, friendship, honor and hope.