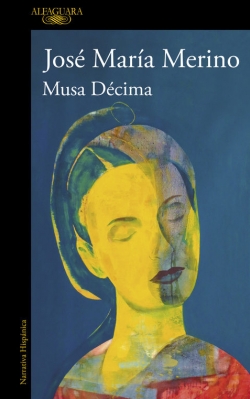 Year: 2016
Editorial: Alfaguara
Literary Category: history, literary theory and criticism
Language: Español, Catalán
ISBN: 9788420417523
Pages: 407
Synopsis: At the end of the sixteenth century, when philosophy, science and literature were essentially areas occupied by men, there appears published in Madrid, with all the regal licenses and privileges necessary, a book entitled “New Philosophy of Human Nature”. It is signed by a twenty-five year-old young lady, Olivia Sabuco, and in it she presents an interesting analysis of the passions and feelings, with novelties in the areas of medicine that would end up influencing all of Europe. Plivia Sabuco, known as the “Tenth Muse” by Lope de Vega, received enthusiastic praise till, at the beginning of the twentieth century, the discovery of some short testamentary fragments made that the book’s writing be attributed to her father, and she fell into the most absolute obscurity.

This is the historic and human enigma around which José María Merino builds his novel. In it, another woman of our time, suffering from a mortal illness and fascinated by Oliva Sabuco, tries to reconstruct her biography.

Between family and romantic tensions and in the present-day crises, the “Tenth Muse” combines historical speculation and research, to give shape to a novel on the tendencies of human beings for disloyalty and identity theft, but also on the permanent opportunity that we have of changing our own existence.