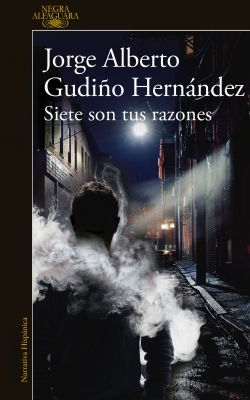 Year: 2018
Editorial: Negra Alfaguara
Language: Español, Catalán
Pages: 240
Synopsis: A businessman has been murdered and Ciprianao Zuzunaga is in charge of the case, without police sup-port, as a sort of private eye. He will soon discover that nothing is what it looks like, especially because in the dossier it appears that the presumed murderer died in a raid, but his tomb is empty. Why did his superiors put him in charge of a case that has already been solved? Who assured the relatives that that murdered was dead and how did they know that there was no body in the grave? The investigation will put Zuzunaga with a fami-ly’s long-standing quarrel and put him in touch with characters with whom he will have to learn to trust.Nelson the Yellow, his friend and accomplice from an-other period, has asked him for help to get revenge from those responsible for the death of his family. Besides, Zuzunaga must solve his relationship with Nat and her little baby. Lola completes the picture, an attractive em-ployee of an internet café. .From an innovative narrative voice, Gudiño widens the action range of the detective story; this second install-ment of the saga paints Zuzunaga as a complex charac-ter, steeped in an evil world, but with winks of humanity that perhaps redeem him.

“Jorge Alberto Gudiño is a tenacious writer who is well acquainted with the reality of Mexico, that includes the good, the bad and the worst. His prose is poignant and only he has the secret knowledge to use it as expertly in his narrative.”Élmer Mendoza