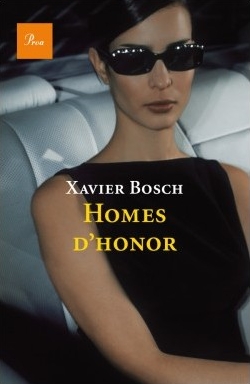 Year: 2012
Editorial: Proa (Catalán) / Destino (Español)
Literary Category: contemporary fiction
Language: Catalán
Format: Paperback with flaps
Pages: 320
Synopsis: After leaving the management of the newspaper Chronicle, Dani Santana returns to television as a presenter of a news program with which he soon scores a hit: to interview Tuzza Talese, the wife of a jailed member of the Sicilian mafia. With a death threat hanging over her head for spreading the secrets of the organization in a book, Tuzza, a stoic and hardened woman, lives hiding from everyone and everything, although in Santana she just might find an ally…

If the charismatic Tuzza were not enough, the unexpected appearance of a witness of the Liceo fire, who holds a radically different version of what happened to that of the official version, complicates the journalist's life. Fifteen years after that tragic event, that Santana dig into what happened bothers the mayor of Barcelona, Antoni Negrier, although not as much as the idea that certain discoveries on the program about the mythical figure of his father, a hero of the Catalan exile, come to light, which might just prove that had feet of clay...