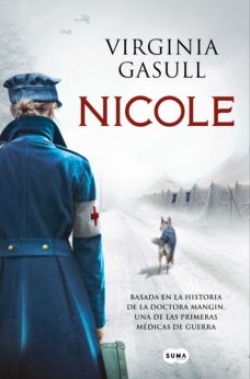 The brave story of the first female doctor
in the French army.

At the outbreak of World War I, Dr. Nicole Mangin mistakenly receives an enlistment order in which she is believed to be a man. Instead of revealing her true identity, she shows up and becomes the only woman to serve as a medic in the French army throughout the entire conflict.

After thorough research and several years of documentation, the Basque writer Virginia Gasull, offers readers a historical novel that highlights the job of health workers during the First World War, and recreates superbly the war-like atmosphere of those years and the role played by women like Nicole.

Nicole is a homage to the medical body, to science and to healthcare in extreme situations throughout history.