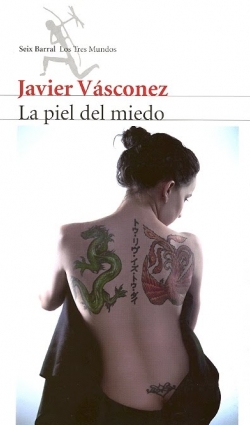 The story starts with a couple shots a drunken father, crazed by hate, fires in the middle of the night. The narrator (“a man dispossessed of attributes, who incessantly rummages his consciousness, that dark zone where his writing aires itself”) suffers his first epileptic attack. What follows is an educational journey, in which the transition from childhood to adolescence, from adolescence to youth, and from youth to the budding of maturity take place, with the successive revelations of loneliness, friendship, sex, and love. Throughout this journey, a cast of memorable characters (Papi George, Dr. Kronz, the singer Fabiola Duarte; Ramón Ochoa, the tattoo artist) file by, each trapped in their own dream, which will turn out to be their ruin. In the end, learning what was at the origin of it all: fear, an observatory from which the narrator contemplates his own life. Fear, turned into some sort of passion, which reveals itself as the substance of all experience and the very subject of that disease that the protagonist suffers and which threatens to strip him of the thing in which his salvation lies: the words that name and which, on doing so, comprehend. All the elements that characterize Javier Vásconez appear in a state of grace in this suggestive novel, written with the penetrating fluency of a parsimonious and absorbing prose. A novel which is marked by its very own autobiographical imprint, given the very peculiar manner in which, far from resolving it, progresses in the direction of the enigma of its meaning, which remains in suspense.