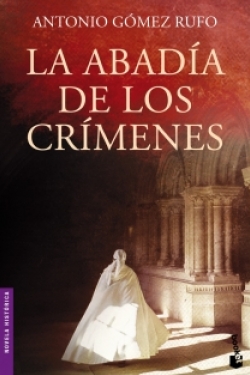 Year: 2011
Editorial: Planeta
Language: Español, Catalán
Published at: Newton Compton (Italy)
Synopsis: It’s the year 1229, in the middle of the Reconquista. In the Monastery of San Benito in Lerida, Spain, a series of horrible crimes have shattered the peace of its novices. His Majesty, Jaime I, King of the Crown of Aragon and Count of Barcelona, settles in the Abbey, along with Queen Leanor and six of her ladies-in-waiting, so as to closely follow the investigation of the strange events that Doña Constanza of Jesus, a Navarre nun famous for her deductive abilities, will spearhead. While the investigation leads them to a much gloomier reality than expected, the Queen wastes away in her cell from lack of love, upon learning that her husband has sought the Pope’s permission to annul his marriage.