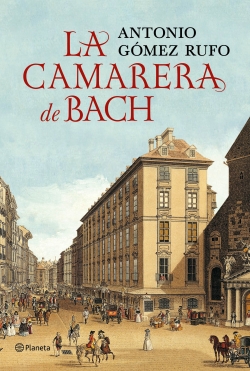 Year: 2014
Editorial: Planeta
Collection: Autores Españoles e Iberoamericanos
Literary Category: historical fiction
Language: Español, Catalán
ISBN: 978-84-08-13251-6
Format: Hardcover
Pages: 480
Published at: Laguna (Serbia)
Synopsis: On a snowy day in 1750, little Madlene leaves the Leipzig orphanage where she has lived, in order to go and serve as a chambermaid for the great composer Johann Sebastian Bach. The young girl, as adorable as she is eager to learn, becomes the light that will accompany the genius in the last days of his life, soon discovering, however, the reality of a world in which there is no place for her. With the tenacity which only misery and perseverance bestows, Madlene will become an example of self-improvement for the women of a Europe in the early stages of the French Revolution.

Bach’s Chambermaid is the unforgettable portrait of a German maid who, unwittingly, became the first woman of a new era.