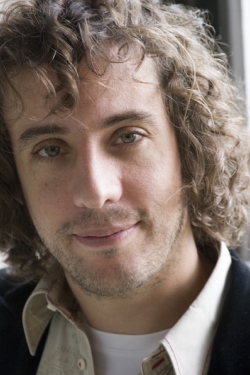 Jose Ignacio Valenzuela made history in his native country, Chile, at 20 years old, when he wrote his first Telenovela called Amor a domicilio. After that, he began an international career, writing about 20 successful telenovelas for Chile, Mexico, Puerto Rico and the United States. He has published more than fifteen books for adults, teens and children, and many of them have become best sellers in different countries. This is the case of “Trilogía del Malamor” (Heartbreak Trilogy), which is considered the first Latin American Spanish fantasy trilogy. In 2012, the magazine of the “New York Times”, About.com, selected him as one of the 10 best American writers under 40 years old.

Among his published works stand-out The Edge of your Skin (2009), Tina Modotti: The endless woman (2010), and The Case of the Actress No One Wanted or Liked (2007), which is the beginning of a YA detective series, followed by another three books. In 2011 he initiated “The Heartbreak Trilogy” (YA) with the first book entitled Until the End of the World. On the Skin’s Surface was published in 2008 in Mexico and reprinted for the 10th anniversary. With My crazy Grandma (2015) Valenzuela started “The Family Series” for children which has been a great success in Latin America and Spain. The second book of the series My Uncle Pachunga was recently published by Alfaguara Mexico and will be published in Spain in 2019.