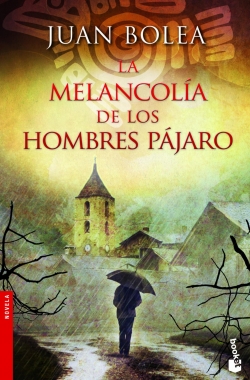 Francisco Camargo is a controversial Spanish businessman. He is the owner of a shipping company, a fleet of planes, a hotel and supermarket chain, several banks in Spain, as well as having important economic interests on Easter Island, where he is busy building the island’s most luxurious hotel and financing a unique project, with the purpose of uncovering a series of Moais Statues of great value.

In Tejo, a few kilometers from Santander, Spain, lives Jesús Labot, Camargo’s brother-in-law, a prestigious criminal lawyer, accustomed to defending society’s worst and most corrupt criminals. His peaceful and comfortable life will, however, take an irreversible change when he finds his daughter Gloria brutally murdered. Several days after the tragic loss, on the occasion of a total eclipse, which will take place on the 31st of December and coincide with the hotel’s inaugural date, Camargo invites Labot and his wife Sara to the Island, as well as Martina de Santo, a famous police inspector who works in homicides, Ursula Sacramonte, a very successful novelist, and José Manuel de Santo, Spain’s Ambassador to Chile and cousin to Martina, among other guests. During the brief five minutes the eclipse lasts, another mysterious crime will be committed…