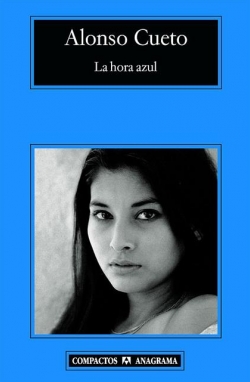 Year: 2005
Editorial: Anagrama
Language: Español, Catalán
Published at: BV Berlin Verlag (Germany), Objetiva (Brazil), People's Literature (China), Michalon (France), Metaichmio (Greece), De Arbeiderspers (The Netherlands), Riuniti (Italy), WAM (Poland), Mercado de letras (Portugal), Humanitas (Romania), Dereta (Serbia), Random House (UK).
Synopsis: Adrián Ormache is a prosperous lawyer who lives in an accommodated neighbourhood in Lima (Peru). He has a good salary, a job he likes and a model and lovely family. He has enjoyed a proper and exquisite education, supervised by his mother, a smart and charming lady. Adrián has seldom seen his father, of whose deeds as a former officer at the Peruvian Navy he has heard sometime.

After the mother’s death, however, he finds out that his father had been in charge of a post in the Ayacucho area during the war of Sendero Luminoso (a covered and bloody Civil War against terrorism that took place in the 80s and early 90s). After talking to some of his father’s colleagues at that time, he learns that his father was in charge of torturing prisoners. Besides, he also learns that the soldiers used to rape, and then execute, girls from the surrounding villages. Once, his father fell in love with one of those girls and took her to live with him at the post until one night she escaped. When he learns all this, Adrián wants to know the woman’s identity and, despite all the threats and advices, he starts looking for her. As Adrián unveils his family’s history, he also unveils his own.

Set in the Peru of the late 90s, La hora azul is a journey towards the hidden side of families and societies, a novel about the exploration of the forbidden chapters of a man’s family. The story, dramatic and moving, is told with the gripping style and rhythm of a detective story.