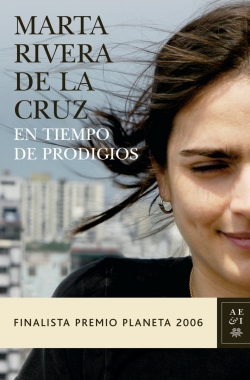 Year: 2006
Editorial: Planeta
Language: Español, Catalán
Published at: Dereta (Serbia)
Synopsis: Cecilia, a woman of 35 years old, is going through a personal crisis after breaking with her couple and losing her mother. It is during this moment of her life when she meets Silvio, her best friend’s grandfather, an old and mysterious writer.

Everyone has always seen Silvio as a second class crime novelist, but the old man has been keeping a double life and he decides to explain all about it to Cecilia. For many afternoons, Silvio will tell her the story of his life. Among other stories we will learn how his friendship with the American Zachary West and his adoptive son, a black boy called Elijah, will bring him from a small Spanish town to the Madrid of the Republic, to the Paris of between the wars, and to Warsaw in 1939, just before the Nazi occupation.

After the Spanish Civil War, Silvio will meet his friends again and will have to decide between what he wants and what he must do. He then embarks in the greatest adventure of his life, travelling between New York and Madrid, a grey city during Franco’s regime where despite the dictatorship some people keep fighting in favour Justice.

As Silvio unveils his story, Cecilia will learn to face her own fears, will go over her own story and will end up learning that there’s always a motive to keep going and that, as the quote that leads the novel says “even if it is true that we live cruel times, it is also true that we are in a time of prodigies”.