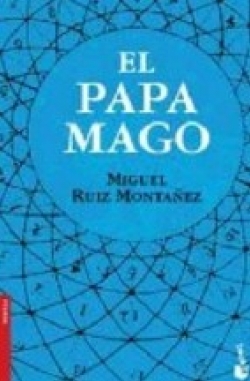 Year: 2008
Editorial: Ediciones Martínez Roca
Language: Español, Catalán
Published at: Ripol (Russia), Zero91 (Italy), Beautiful Books (UK)
Synopsis: A mysterious and diabolical looking machine is found in a 10th century castle in Reims, in the Champagne region. The Count of Divange realizes that it is the mythical talking-head of Silvestre II, the pope of the year 1000, also known as the Wise Pope who, according to legend, built it drawing upon the most recondite secrets of ancient knowledge, and probably with the help of the Devil himself. But the machine holds the clues to the strange events that took place in the first millennium when the year 999 turned into the year 1000, and inexplicably people were smitten by fear of apocalyptic prophecies that herald the end of the world. The sudden disappearance of the Count introduces his daughter and a detective in a dangerous spiral of episodes that take them through different countries and will bring them to the realization that lots of people wish to get their hands on the amazing hidden secrets. "The Magic Pope" is a frantic novel plagued by enigmas, which from today's optic and in a thriller-like manner will introduce the reader to an unknown and passionate time.