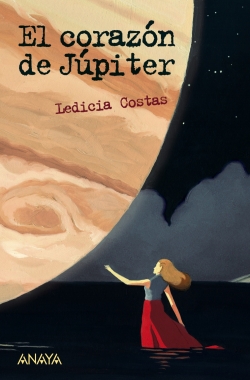 It was not easy for Isla to change city and start from scratch in a new school. She dreamed of sauntering through space, spotting planets through her telescope, submerged in the universe’s belly. Casiopea, the name of Momo’s magic turtle was the nickname that she used in the astronomy forums in which she was a participant.This is where she met Jupiter, someone who seemed to know a great deal about stars. The long conversations that both had till late into the night, lit a light. There was a magic between them that transcended the frontiers of cyberspace. Isla had an urge to learn everything about Jupiter: where he lived, what school he attended, his real name… They made an appointment to meet on a night of Saint James with bonfires and a rough sea. It was then, after saying goodbye of her friend Mar, when Isla rushed into the night. Her life was about to change for ever.