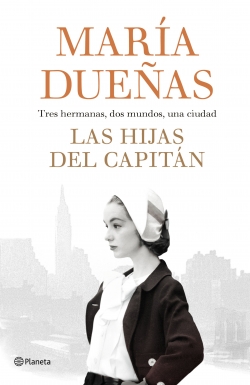 Year: 2018
Editorial: Planeta
Language: Español, Catalán
Pages: 608
Synopsis: New York, 1936. The small restaurant named The Cap-tain opens on 14th Street, one of the small ghettos popu-lated by the Spaniards who were then living in the city. The accidental death of its owner, Emilio Arenas, forces his young twenty something daughters to take over the business while the judges debate the payment of a promising compensation. Broken and in the urgent need for survival, the temperamental Victoria, Mona and Luz Arenas will have to learn to live among skyscrapers, com-patriots, adversities and love affairs, with the sole need of making their dreams come true

.A moving page turner, THE CAPTAIN’S DAUGHTERS nar-rates the story of three young women that were forced to cross the Atlantic, to live in a big city and bravely struggle to make their way in life. A tribute to all those women who put up a fight under adverse circumstances, and a homage to those brave men and women who ex-perienced the difficulties and uncertainties of immigra-tion.María