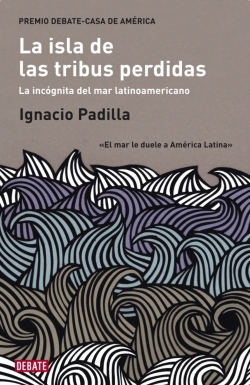 Year: 2010
Editorial: Debate
Language: Español, Catalán
Synopsis: “A stunning essay that covers the literary tradition of an entire continent”, that is how the jury of the III Premio Debate-Casa de America describes “The Island of the Lost Tribes”, an elegant narration that rescues the classic themes of the shipwreck: the storm, the boat or the isle, all to tell us how Latin America unwilling turns into in West’s very opposite. A lovely meditation where Gabriel García Márquez, Juilo Cortázar, Jorge Luis Borges, Carlos Fuentes, Juan Carlos Onetti or Alejo Carpentier are the waters in which reflect the conflicting relationship of a continent with the sea. At the end of the day, from the Iberian navigator till the African slave, including the Chinese trader or the fugitives of war or European famines, Latin America has received its blood from the sea, and along with this also came a secular oceanic hostility. And the sea pains Latin America so much that it has finally decided to turn its back on it for good.