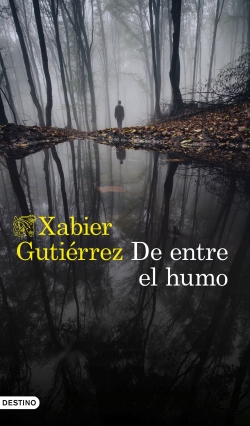 After a shooting that almost puts an end to his life, Deputy Commissioner of the Ertzaintza, Vicente Parra, returns to work. On his very first day, he is faced with a case that is hard to crack: a body has just been found in a brunt-out container in the outskirts of San Sebastian.

When it is discovered that the victim worked for two rival catering companies, the investigation is narrowed down to the world of extras, people who work in hospitality events. Meanwhile, one of these companies receives the juicy job to prepare a luxurious wedding inspired by the classic film Vertigo (in turn inspired on the novel "From Among the Dead"). It all starts to get complicated when Vicente's team discovers, in fact, that the victim believed in communication with the hereafter. Cinema, cuisine, magical rituals and one of the most exceptional enclaves of the Basque Country will be the main ingredients to unravel the clues to a crime in which everyone is a suspect.

In the fourth installment of this series of Noir gastronomic fiction, Deputy Commissioner Vicente Parra begins to look at his work addiction in a new light, while his team enters the complex world of catering and the mysterious belief that it is possible to speak with the dead.