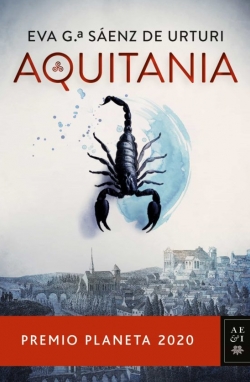 A moving historical thriller that spans a century teeming with revenge, incest and battles.
"She acts like a lion. Charges like an eagle. Executes like a scorpion."

1137. The Duke of Aquitaine --France's most coveted region--is found dead in Compostela. His body turns blue and signs of the "blood eagle", an ancient Norman torture. His daughter, Eleanor, decides to take revenge and to do so marries the son of whom she believes to be murderer: Luy VI the Fat, King of France.
But the king himself dies during the wedding under the same circumstances. Eleanor and Luy VII will try to discover, along with the Aquitanian cats --the dukes' epic spies-- who wants the inexperienced kings on the throne.
Decades before the death of the Duke of Aquitaine, an unnamed boy is abandoned in a forest by his five mothers. Perchance a monster, or perhaps a saint, the little survivor will end up becoming one of the most exceptional men in medieval Europe.
A compelling historical thriller spanning a century teeming with revenge, incest and battles. A disturbing mystery that revolves around three lives that will forge what will later on be known as Europe.

The author of the successful Trilogy of the White City is back.