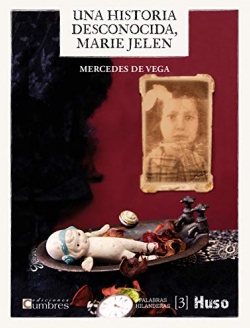 A profound and real testament from a girl trapped in the darkest web ever woven by Europe. Marie Jelen is the French Anne Frank, who from the Winter Velo-drome and the Pithiviers internment camp, wrote sev-en heart-wrenching letters to her father, which he kept until his death. These letters came to light in 2003, and are collected in this edition for the very first time, as to present to the world Marie's childhood, as that of thousands of children who suffered a similar fate. It is also the hopelessness of a father in search of his daughter throughout occupied Paris. I's a journey across collaborationist Paris: a mirror in which one peers at Europe invaded by the Nazis. It is the biog-raphy of a childhood in which other childhoods are found—such as that of the writer Georges Perec, whose distance from that of Marie was only of a few streets away—who, ignorant of their destiny, shared a territory and a hijacked future, as was the case of Hélène Berr or Dora Bruder.