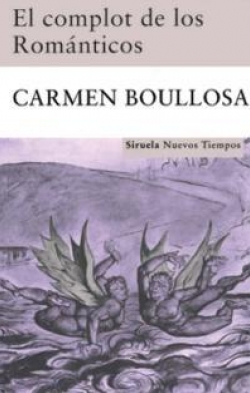 Year: 2009
Editorial: Siruela
Language: Español, Catalán
Synopsis: The Parnassus, literary congress which annually awards a prize for a master´s best unpublished work, changes venue and looks for a city that will host it in 2007. This festival has a peculiarity: the participants, authentic classics, are all dead. Dante Alighieri, symbolizing the consecrated and supervised by a young North American poet very much in vogue and a Mexican author (main narrator of the novel), will travel to Mexico, the venue´s most likely future location. With them, he visits a department store, crosses various borders between the United States and Mexico, is initiated in the contemporary culture and he even attends the filming of Zorro III. Several events will prompt Madrid to also compete for the candidature…

Only Carmen Boullosa could write such a novel, creator of her own genre. A mix between carnival and essay, between intellectual an pop, between ghost novel and road-novel, this unique novel, comic and thoughtful, simple while at the same time complex, confirms the place that the author occupies in our Hispanic letters. The jury stresses “the daring offer, the brilliant use of literary culture, as well as the breaking of current narrative molds” and the “hilarious metaliterary game regarding the author´s figure”.