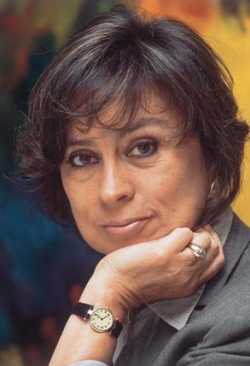 -Represented by The Colchie Agency-

The Colombian author Laura Restrepo has been a professor of literature at the National University of Colombia, as well as editor of the Bogota weekly magazine Semana, where she covered the drug trade for 12 years.  In 1984, she was a member of the Peace Commission that brought the Colombian government and the guerrillas to the negotiating table, an experience she later recorded in her first book History of a Hope (1986).  More recently she has received a Guggenheim Fellowship in fiction, held a Distinguished Professorship at Cornell University, and travelled with Doctors Without Borders to Yemen, to write about the refugee crisis there.

Restrepo is the author of nine novels and novellas, published in over 20 languages. They include Isle of Passion (1989), Leopard in the Sun (1993, which when  republished in Spain in 2001, won the Premio Arzobispo San Clemente), The Angel of Galilea (1995, Premio Sor Juana Inés de la Cruz in Mexico and Prix France Culture, both in 1997),  The Dark Bride (1999,  which became a bestseller throughout Latin America), A Tale of the Dispossessed (2001), The Scent of Invisible Roses (2002), No Place for Heroes (2009), and Hot Sur (2012).  Her best known novel  Delirium  (2004) confirmed her critical reputation internationally as a major voice from the Spanish-speaking world.  Winner of the prestigious Premio Alfaguara 2004 in Spain  (with a jury headed by Nobel author José Saramago), shortlisted in French for the Prix de Meilleur Livre Étranger 2005, awarded the Italian Premio Grinzane Cavour 2006, the novel sold over a quarter of a million copies in Spanish alone.

In 2007, she received the VI Premio Nacional de Literatura de Colombia for her body of work. Restrepo currently divides her time between Mexico and Spain. Her most recent novel, Canción de antoguos amantes (Song of Ancient Lovers), was released in 2022.

“An impeccable writer and a courageous person.” --ISABEL ALLENDE

“Laura Restrepo breathes life into a singular amalgam of journalistic investigation and literary creation. Thus, the wretchedness and violence which nest in the heart of Colombian society are always present; but also there are her fascination with popular culture and the play of her impeccable humor, of that biting but at the same time tender irony that saves her novels from any temptation toward pathos or melodrama, and infuses them with unmistakable reading pleasure.”--GABRIEL GARCÍA MÁRQUEZ

"Restrepo has a total mastery over what she writes, an astonishing but absolute mastery.”--JOSÉ SARAMAGO